The handmade decanter distinguishes by an elegant and complex design. Modeled after a musical horn’s coiled shape, the decanter is formed freely without the help of any molds, and proves extremely difficult to create. Requiring three master glassblowers’ efforts, the horn’s form is mouth blown with two openings on either end, the larger of which is to be used for both receiving and pouring wine. The decanter’s clear crystal color is accented by a large regal golden yellow stripe outlined by two black lines following the contours of its curved silhouette. In homage to the RIEDEL family’s central European heritage in Austria and Bohemia, the Horn decanter was in fact inspired by the iconic insignia that symbolizes the Austrian Post’s mail delivery system. Europe’s 18th and 19th century mail system utilized horse drawn carriages to deliver mail between cities, and to announce their arrival, mail carriers would play the Post Horn to notify the public. Influential musicians of this time period, like Wolfgang Amadeus Mozart, the Austrian composer born in 1756, the same year of RIEDEL’s founding, also incorporated the horn into their music, and now modern day oenophiles and musicians alike can do the same, creating music by blowing into the Horn’s smaller opening. “The RIEDEL family has always enjoyed and valued music,” 11th-generation RIEDEL Crystal President & CEO Maximilian RIEDEL explains. “With our creation of the Horn decanter we wanted to both celebrate the horn’s influence on Austrian culture and also further push the boundaries of decanting wine, as we always strive to do.” Like RIEDEL’s many other coiled decanters including the Eve, Mamba, Boa, and Titano Boa, the Horn decanter “double-decants” wine, a technology developed by RIEDEL to accelerate the aeration of wine by the creation of a vacuum within the vessel. The Horn’s coiled body brings wines to full flavor profile potential when decanted even more quickly than other RIEDEL decanters. RIEDEL tip: use bottle cleaners to remove stains inside the decanter.

Caring for your RIEDEL CrystalIf washing by handMicrofiber Polishing Cloth

RIEDEL whole-heartedly believes all wines - young and old, red, white or sparkling - can be enhanced by decanting.

There are two reasons why we decant wines:

On the palate, decanted wine expresses higher levels of fruit in red wines and tends to integrate and smooth out tannins.

We offer a wide range of elegant machine-blown and extravagant hand-made decanters to honor good wines with the treatment they deserve.

Every hand-made product is crafted by highly talented master glass blowers, using glass making techniques which date back more than 2000 years.
All decanters are made from fine crystal glass suitable for every lifestyle and available at every price range.

Every single decanter is a must-have for wine lovers.

After use, rinse the decanter thoroughly with warm water until the water runs clear. Do not use soap. No one has drunk from the decanter and alcohol is a natural disinfectant.

All current produced items are made of crystal glass and lead free.

For a perfect result:

To polish use microfiber polishing cloths: Hold glass by base and polish. Use left hand to cradle the bowl and polish with your right hand. Never twist the base and bowl.

To avoid scratches: Avoid contact with other glass or metal. lf available use a stemware rack.

To remove stains: Use white vinegar. 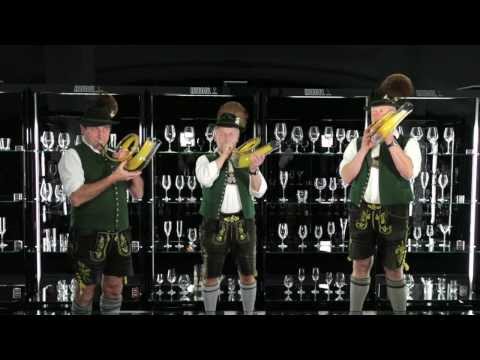